Where Does Fat Go After CoolSculpting?

CoolSculpting, if you are not familiar, is a non-invasive treatment designed to remove areas of stubborn fat on the body permanently. During a CoolSculpting procedure, fatty tissue is suctioned into an applicator that cools the fat cells. The cold temperatures numb the area being treated and freeze the cells for good. This all sounds great, but many people wonder where the fat cells go after they’re frozen. Keep on reading to find out more!

Where Does the Fat Go After a CoolSculpting Treatment?

This is one of the most frequently asked questions we get from patients. CoolSculpting involves no medications, needles, or cannulas, apposed to other fat removal procedures, such as Liposuction. However, one of the similarities CoolSculpting and Liposuction have in common is that the fat leaves the body for good. Because there is no incision and the whole process of CoolSculpting is done outside of the body, many individuals wonder where the fat goes.

CoolSculpting uses a freezing process called Cryoliplysis (freezing fat), which targets and kills the treated fat cells. The process of CoolSculpting targets fat without harming or freezing any of the surrounding tissue. Once the cells have died, they are processed and removed through your lymphatic system. This happens over 3-4 months, so your body is not overwhelmed with dead fat cells. 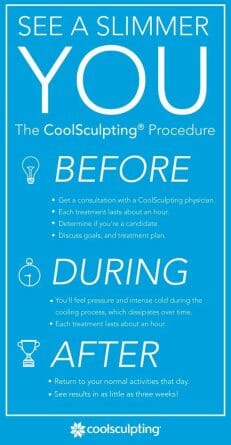 Will the Fat Come Back? 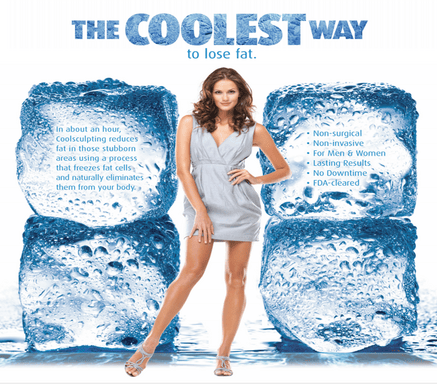 If CoolSculpting sounds like something you’d be interested in or if you want to know more about it, check out our website or come in for your FREE body consultation. We want to help you sculpt your dream body because at BodySquad we believe looking good feels good!